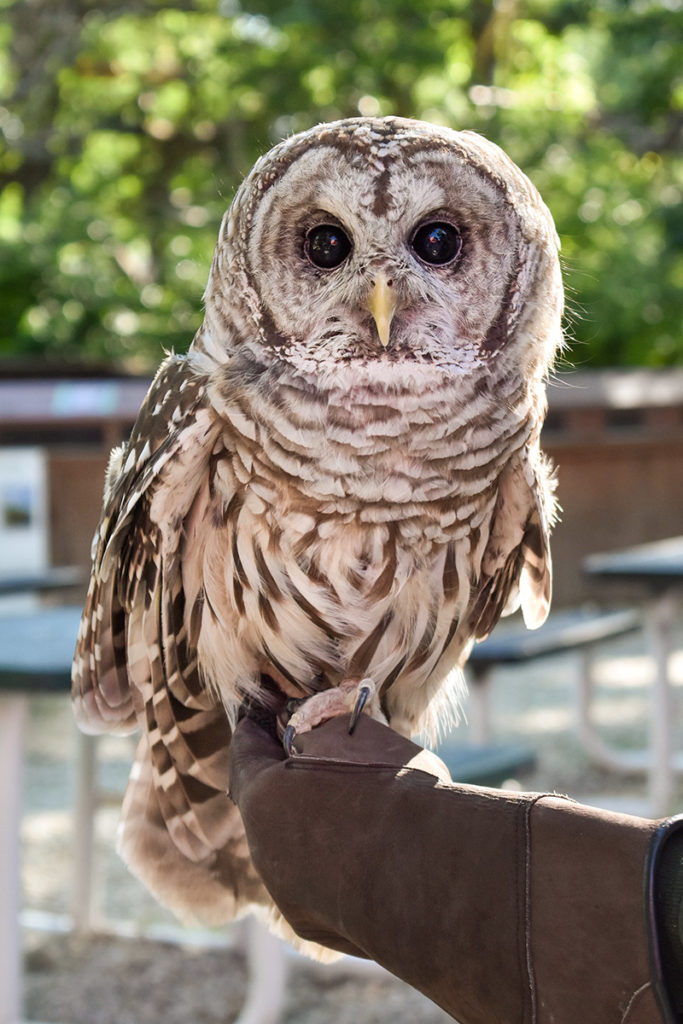 Diet: Meadow voles are its main prey, followed by shrews and deer mice.

Description: This widespread woodland owl dozes by day on a well-hidden perch but seldom relies on its good camouflage to avoid harm. Instead, it flies away at the least disturbance, seldom tolerating close approach. But where foot traffic is heavy, such as along boardwalks in southern swamps, the barred owl may sit tight and provide good views at close range. It hunts mainly from a perch but will also hunt on the wing, preying on small mammals, birds, amphibians, reptiles, and invertebrates. It prefers to nest in a natural tree hollow, but it will also use an abandoned stick nest of another species.

Our Animals: Barry. This animal is also an Ambassador Animal.