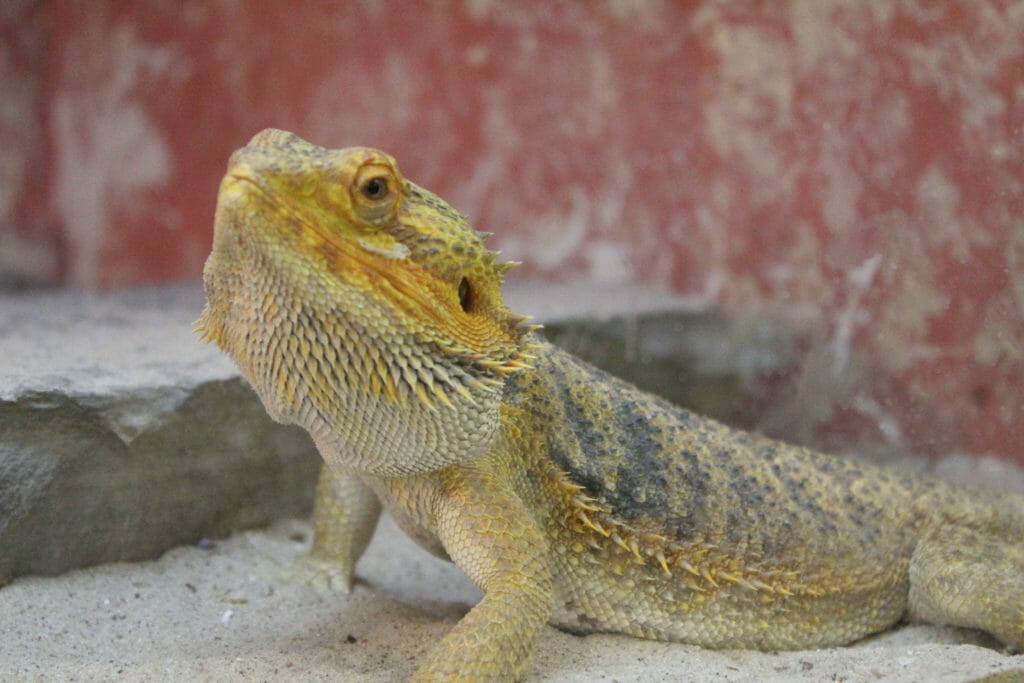 Description: Bearded dragons have broad, triangular-shaped heads. They have relatively short legs and long tails; the tail is about the same length as the lizard’s body. The dragon’s color varies from light to dark tan to reddish gold depending on the type of soil found in its habitat. When threatened or displaying, the bearded dragon will expand the throat pouch. These scales will darken to a gray or black shade, appearing like a beard. They will also stand taller and puff out their sides to appear intimidating. Bearded dragons have a pineal, or third, eye found on the top of their heads, which looks like a tiny, round, opaque scale. The pineal gland helps regulate the amount of time the lizard spends in the sun by secreting hormones. Bearded dragons can communicate through motions. A dragon might stand on 3 feet while waving the other foot in the air. This is a symbol of submission to other bearded dragons. A male bearded dragon might start to bob its head up and down signaling that he is superior to other dragons.

Our Animals: Dundee. This animal is also an Ambassador Animal.