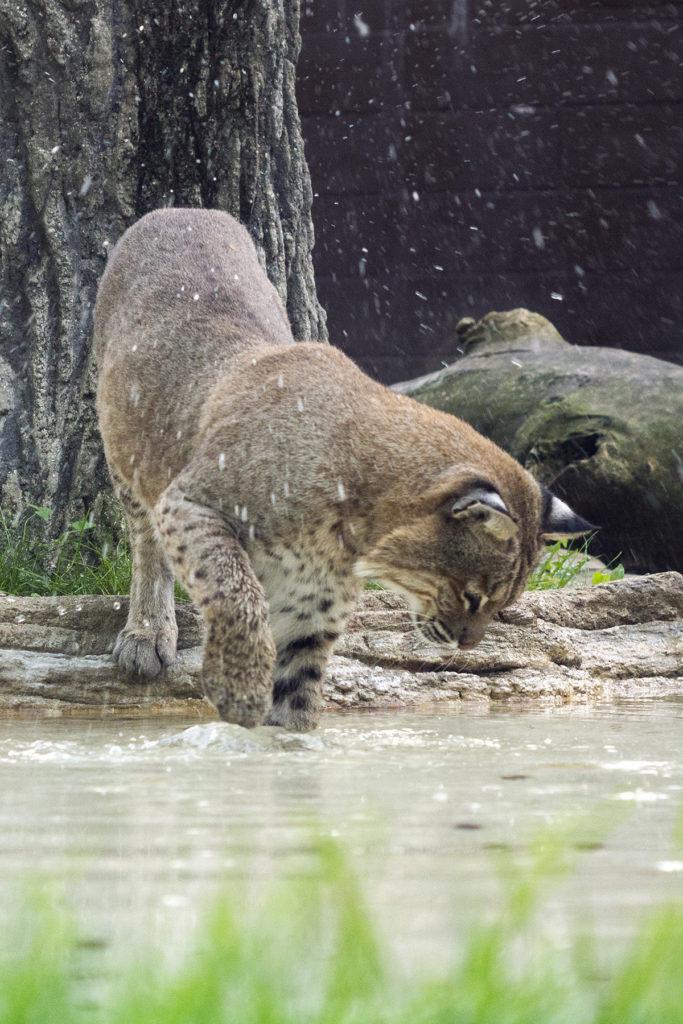 Description: Bobcats have characteristic black bars on its forelegs and tail. They also have prominent, pointed ears with short tufts of black hair at the tips. The name, bobcat, is derived from the cat’s stubby black-tipped tail that, unlike those of other species of the genus Lynx, has a white underside. Its coat is most often light gray or various shades of brown in color with varying degrees of black spots either dispersed along much of its body or relegated to the otherwise white underparts. Ruffs of hair on the side of the head give the appearance of sideburns. Males average 30-40% larger than females.

Bobcats are crepuscular although they are most active at twilight. Because their hind legs are longer than the front legs, bobcats have a bobbing run. Bobcats are territorial and will mark home ranges with feces, urine, and claw scratches on prominent trees. The largest threat to bobcats is humans, and hunting of these cats is permitted but regulated. They have few predators although there have been cases of cougars, gray wolves, coyotes, and even golden eagles preying upon bobcats.

Our Animals: Gunther and Mary Jo