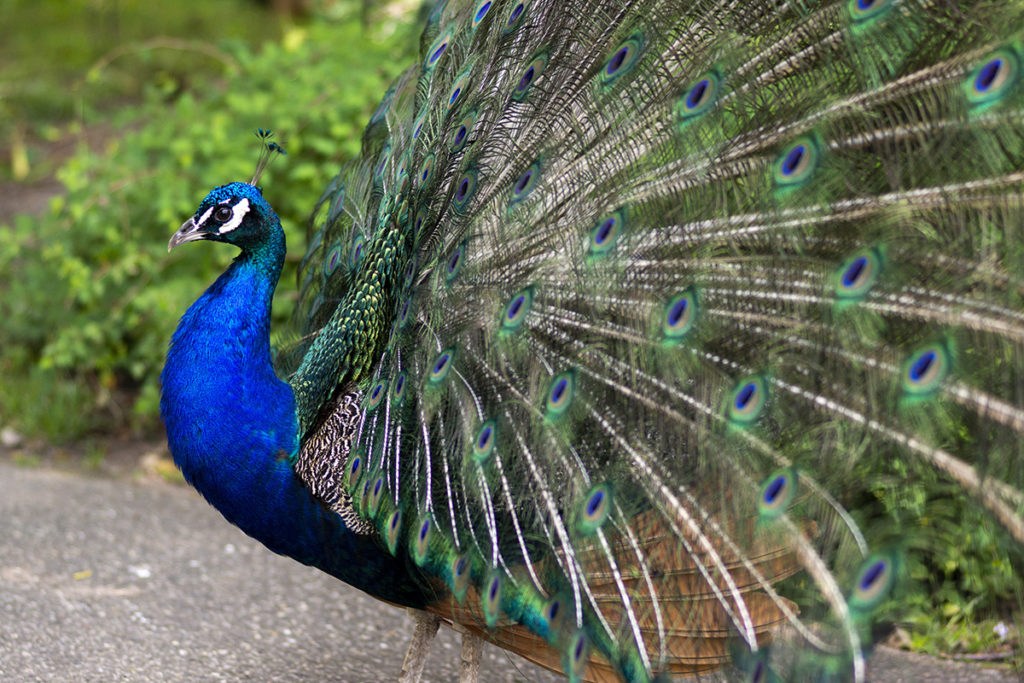 Diet: Wild: Omnivorous, will eat anything available on the ground.

Habitat: Native to India, Pakistan and Sri Lanka, found in forests, orchards and cultivated cropland, roosting in trees near waterways. They are also found throughout the world in small feral family groups and as domesticated flocks.

Description: Peacock (male) has fan-shaped crest, metallic blue head, bright blue neck and upper body, long ornamental tail with black eyespots. Peahen (female) also has upright crest, chestnut brown body and wings marked with bronze and green, with a short tail. Peafowl can live in a wide range of climates and habitats, including those in close proximity to humans. They are not considered a strong flyer but warn others of danger with their loud, human-sounding call. Peacocks establish courting areas called leks for attracting females with spectacular tail displays; one female may visit several leks before choosing a mate. The peacock’s decorative plumage is not actually its tail, but rather the long extensions of the upper tail cover. Both sexes have a short tail. Males molt their tail plumage each year after the breeding season, and grow new plumage.