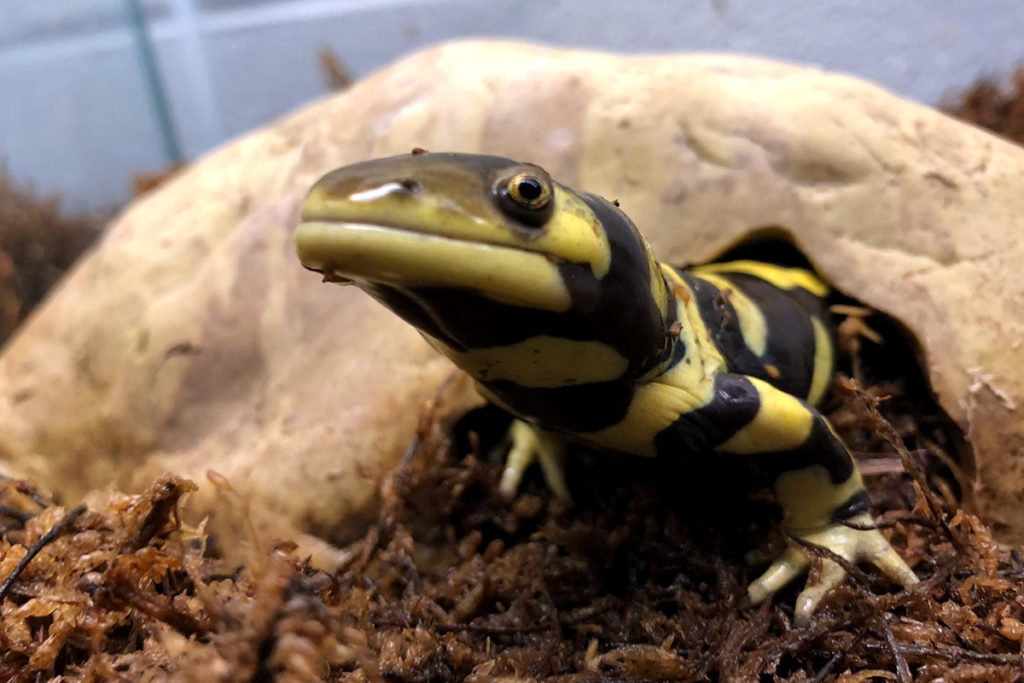 Diet: In the wild, they eat worms, insects, snails, and sometimes other salamanders. At the Zoo, they eat crickets and waxworms.

Habitat: Found in the United States along the east coast from southern New York to northern Florida and from Ohio west to Minnesota and south through eastern Texas. They also live in southern Canada, and eastern Mexico.

Although they are not federally listed, they may be listed in areas of their range. For example, these salamanders are listed as endangered in the state of New York.

Our Animals: Tony and Tigger. These animals are also Ambassador Animals.