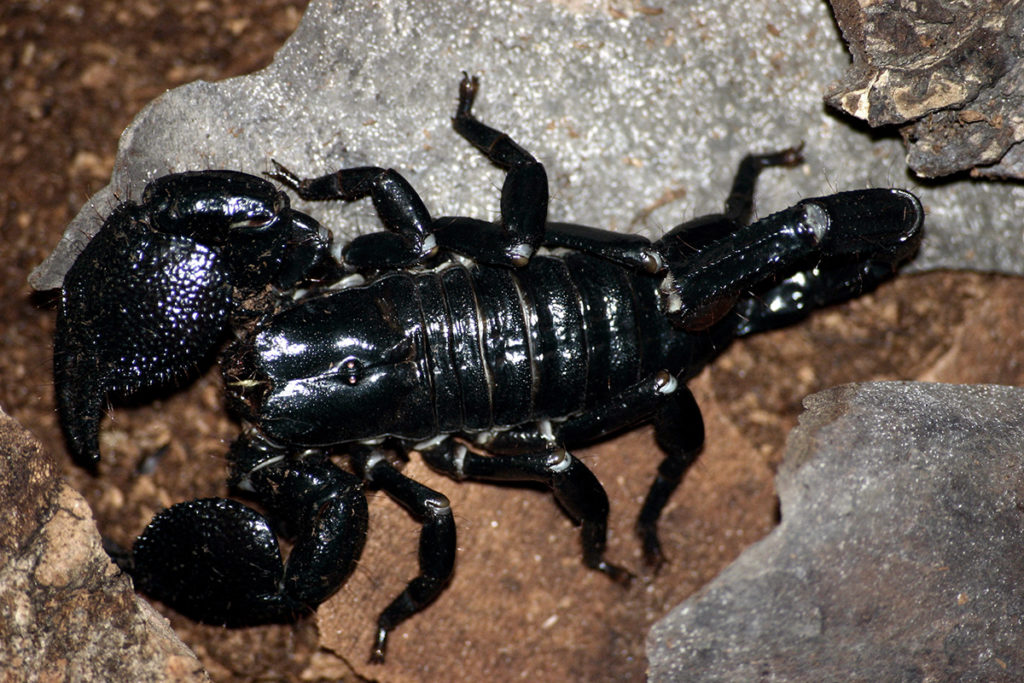 Diet: Emperor scorpions eat insects (mostly termites) and other invertebrates. They may also eat larger animals like rodents and lizards.

Habitat: These terrestrial scorpions are native to African rainforests and savannas. It can be found across a wide range of West African countries.

Description: Emperor scorpions are characterized by their large pincers. However, they’re known for being docile and non-aggressive. Unlike other scorpions, their sting is almost harmless when they’re adults. Instead, the adults use their large pincers to catch and crush prey.

Although emperor scorpions aren’t endangered, they are protected by CITES II, an international convention that governs the trade of animal species, to keep them from being over-collected and threatened in the wild.

Like other scorpions, emperor scorpions fluoresce under ultraviolet light.

Our Animals: The Zoo has an emperor scorpion in the Learning Center and one that is an Ambassador Animal.