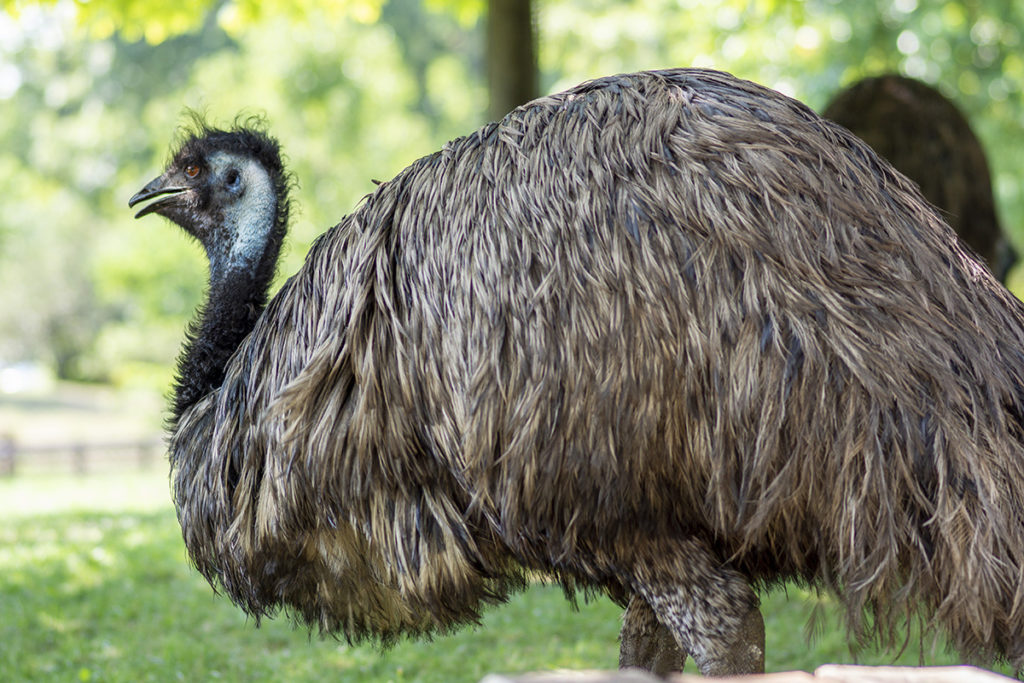 Habitat: Emus live in Australia and can be found throughout most of the continent, ranging from coastal regions to high in the snowy mountains. They prefer scrub plains and grassy open areas. Their main habitats are sclerophyll forest and savanna woodland.

Description: The emu is the national bird of Australia. It is the second largest living bird, and the tallest bird of Australia. Its feathers are unusual in that they have two shafts growing from each feather base. The sexes are similar in appearance, and color varies from almost black to light brown but usually is brown-gray with feathers tipped in black. Downy black feathers cover crown of head and neck and bright blue skin covers the sides of the head and neck with fine sparse feathers giving it a naked appearance. Color can brighten when a bird is disturbed and excited.

Emus have long powerful legs with three, forward-facing nailed toes on each foot and no back toe. They run at speeds up to 30mph for short distances. Emus cannot fly away, so when they are cornered, they can deliver tremendous blows with strong feet. They swim well and have good endurance.

Our Animals: Jean Pierre and Imogen