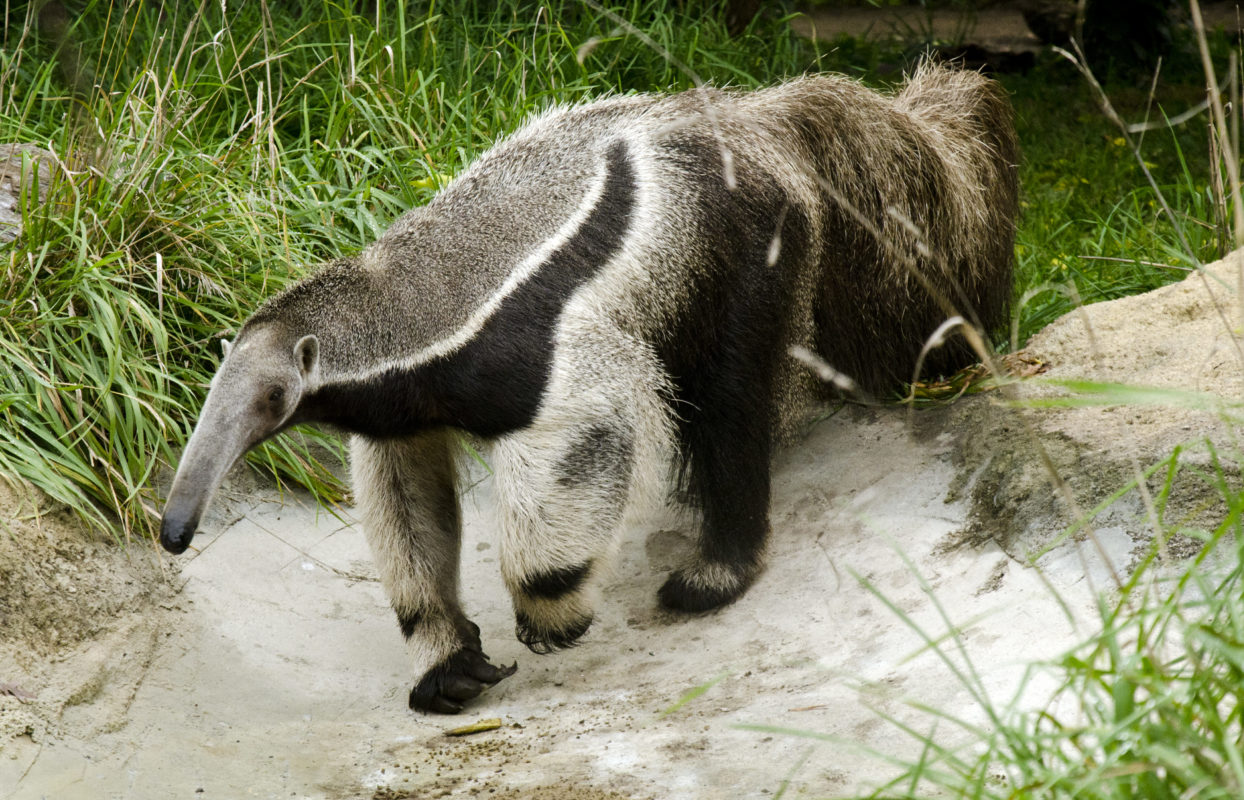 Habitat: Giant anteaters are native to Central and South America. They live in grasslands, rainforests, deciduous forests, savannas and swamps. They are solitary and nomadic with no permanent sleeping or feeding areas.

Description: As its name implies, the giant anteater is the largest species of anteater. They are covered with long stiff hair in shades of grey or brown, with a black and white stripe across the shoulder. Their long tubular snouts possess an extremely long tongue. They also have powerful limbs with enlarged front claws. The anteater’s long bushy tail is used as a sleeping cover or for balance when standing on its hind legs. Giant anteaters walk on their front knuckles to protect their long claws, which produces a shuffling gait. Anteaters have a keen sense of smell for locating food. Their long snout is used for burrowing into termite mounds and ant colonies, after ripping mounds apart with their powerful claws. The anteater’s extremely long tongue is sticky and can flick in and out more than 150 times per minute, which allows for rapid eating of thousands of ants or termites in a very short time. This helps the anteater avoid the stinging soldier ants that swarm to defend their colony. Their powerful front limbs and claws also serve as defense against their predators. When threatened, it will stand on its hind legs and swing its front claws with tremendous force. Anteaters are generally quiet and docile, but may vocalize with grunts, growls or hisses.

Our Animals: Jo-Hei and Corndog.