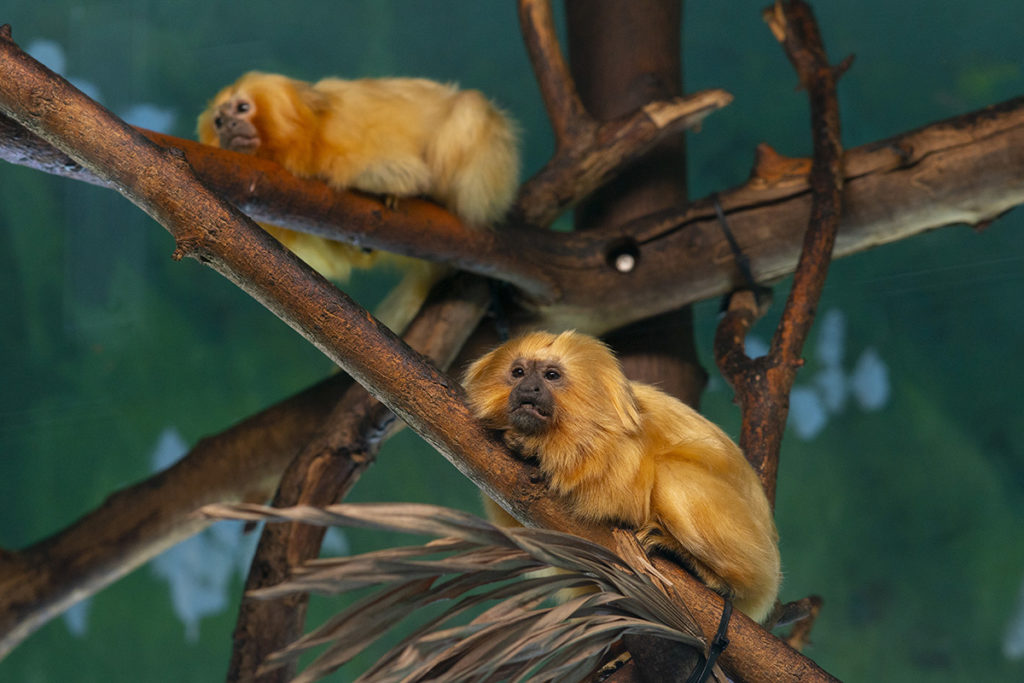 Habitat: Golden lion tamarins live in tropical forests of eastern South America. They are primarily found in southeastern Brazil in the state of Rio de Janeiro.

Description: Golden lion tamarins acquired their name from their reddish-gold coloration and a resemblance to lions due to their golden manes. These primates have a gray face and non-opposable thumbs. Except for their loud alarm call, most of the golden lion tamarin’s vocalizations are soft and faint. This is believed to be an adaptation to avoid attracting the attention of their main predators, eagles and hawks.

Our Animals: Dionisio and Miguel