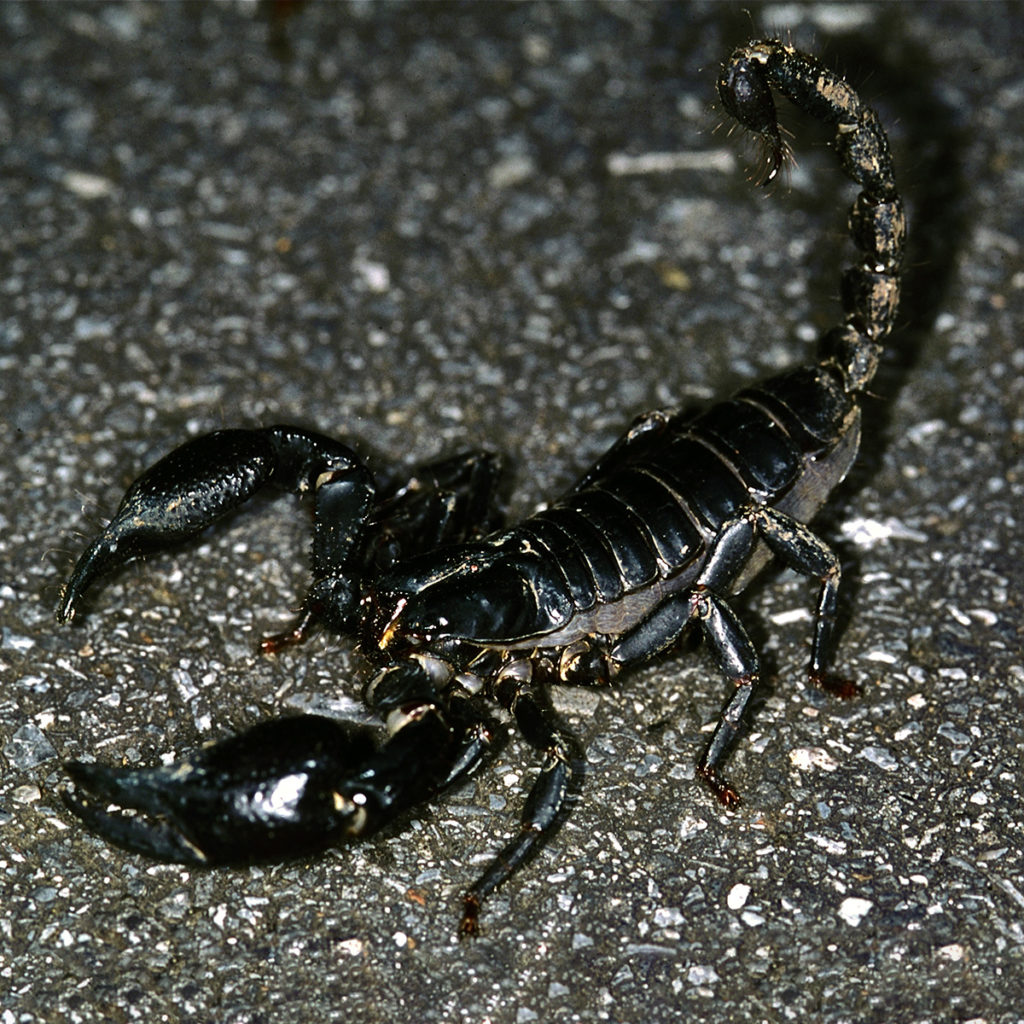 Diet: All scorpions are carnivores (meat-eaters) that paralyze their prey with a stinger located at the tip of the tail. They eat insects and small rodents.

Habitat: These terrestrial scorpions prefer to stay hidden in humid forests, in undergrowth, under logs, or in burrows. They tend to hunt at n ight.

Description: Also known as the Malaysian Forest Scorpion, giant blue scorpion, or giant forest scorpion, this species is native to Southeast Asia. Like all scorpions, they possess an extended body and a segmented, erectile tail ending with the telson (the sting). Although they’re venomous, their venom isn’t usually lethal to humans.

Our Animals: The Zoo has several black scorpions visible in the Learning Center and used as Ambassador Animals.