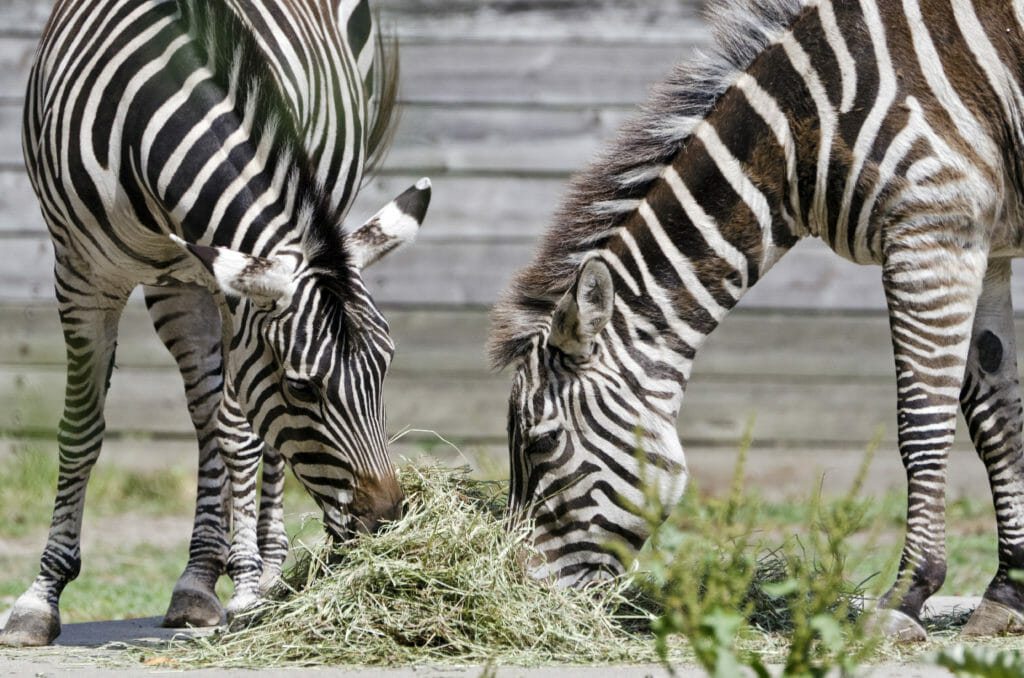 Life Span: up to 20 years in the wild

Habitat: Plains zebras live in the open plains and savannahs of eastern, central, and southern Africa.

Sleek coat with broad vertical blackish-brown and white stripes on body, becoming horizontal on haunches. Function of stripes has been debated. Current research into vision and brain physiology suggests that the stripes have a social function that promotes group cohesion. Zebras appear to actively seek out the visual stimulation of this patterning. Stripes are thought to stimulate grooming/ the three zebra species’ coats are most alike on the neck and shoulders, the preferred grooming area for equines. Biologists believe that the ancestor of all equines was striped. Selective pressure helps maintain crisp patterns on the social zebra herds of Africa.

Our Animals: Flash and Zodiac