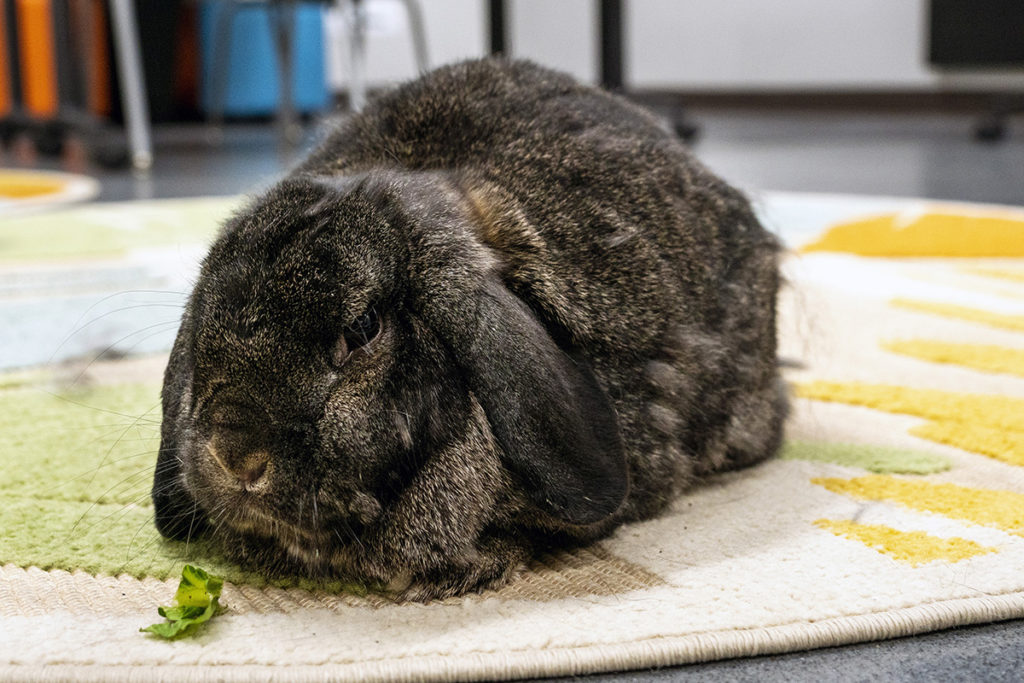 There are approximately 80 varieties of domestic rabbit, but the European rabbit is the common ancestor for all domestic breeds. Although they are found in a variety of sizes, domestic rabbits tend to be larger than their wild relatives. The largest domestic breeds are checkered giant, Flemish giant, French lop and giant chinchilla. In addition to size variations, domestic rabbits also differ in fur type, coloration and general appearance.

Rabbits are noted for their large ears, fluffy tail and long back feet. The elongated external ear allows rabbits to hear approaching predators better. They can also release extra body heat through the blood vessels of the ear. The rabbit’s eyes are located on the sides of its head providing 360 degrees of vision. This allows them to see behind them thereby detecting any predators trying to sneak up on them. There is, however, one blind spot right in front of the rabbit’s nose.

Our Animals: Eeyore. This animal is also an Ambassador Animal.