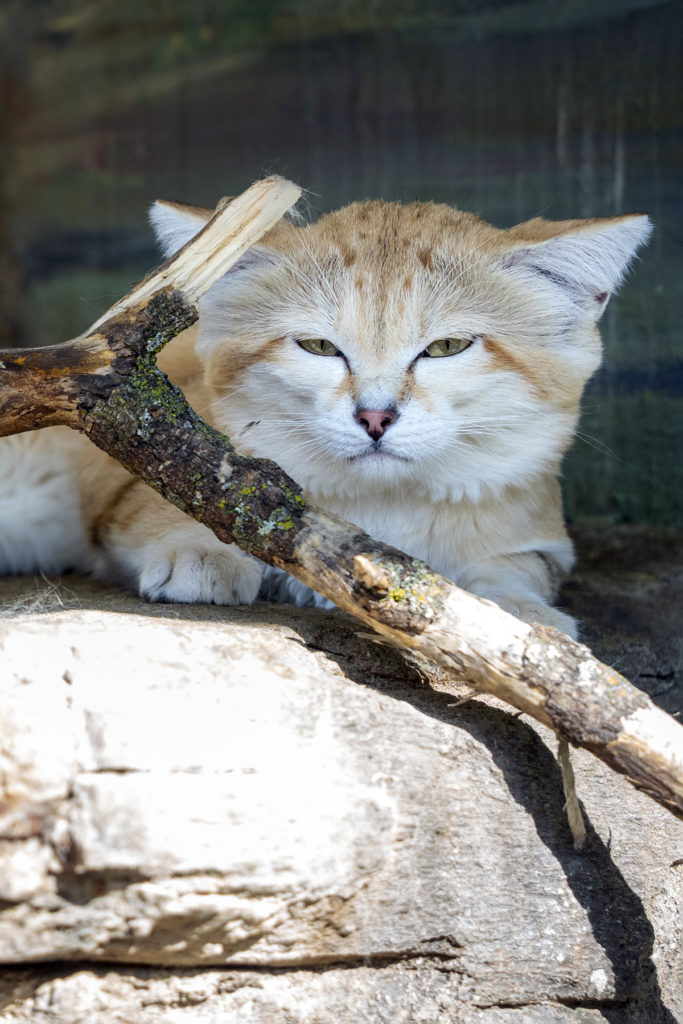 Lifespan: Wild lifespan is unknown, but sand cats can live to 13 years in human care.

Habitat: Dry, arid habitats in three distinct ranges: parts of the Sahara, the Arabian peninsula, and western Asia. Although they’re not considered endangered, their habitat has diminished significantly.

Description: Sand cats are uniquely adapted for life in the desert. The bottoms of their feet are covered with fur instead of pads to insulate them against hot sand, and they can survive without drinking water for weeks. Instead, they get most of their water from their prey.

Sand cats are mostly nocturnal or crepuscular. They hunt by sound, and often have to dig their prey out of the ground. They also use their digging skill–their claws aren’t fully retractable–to either create burrows or enlarge existing burrows to retreat to during the hottest part of the day.