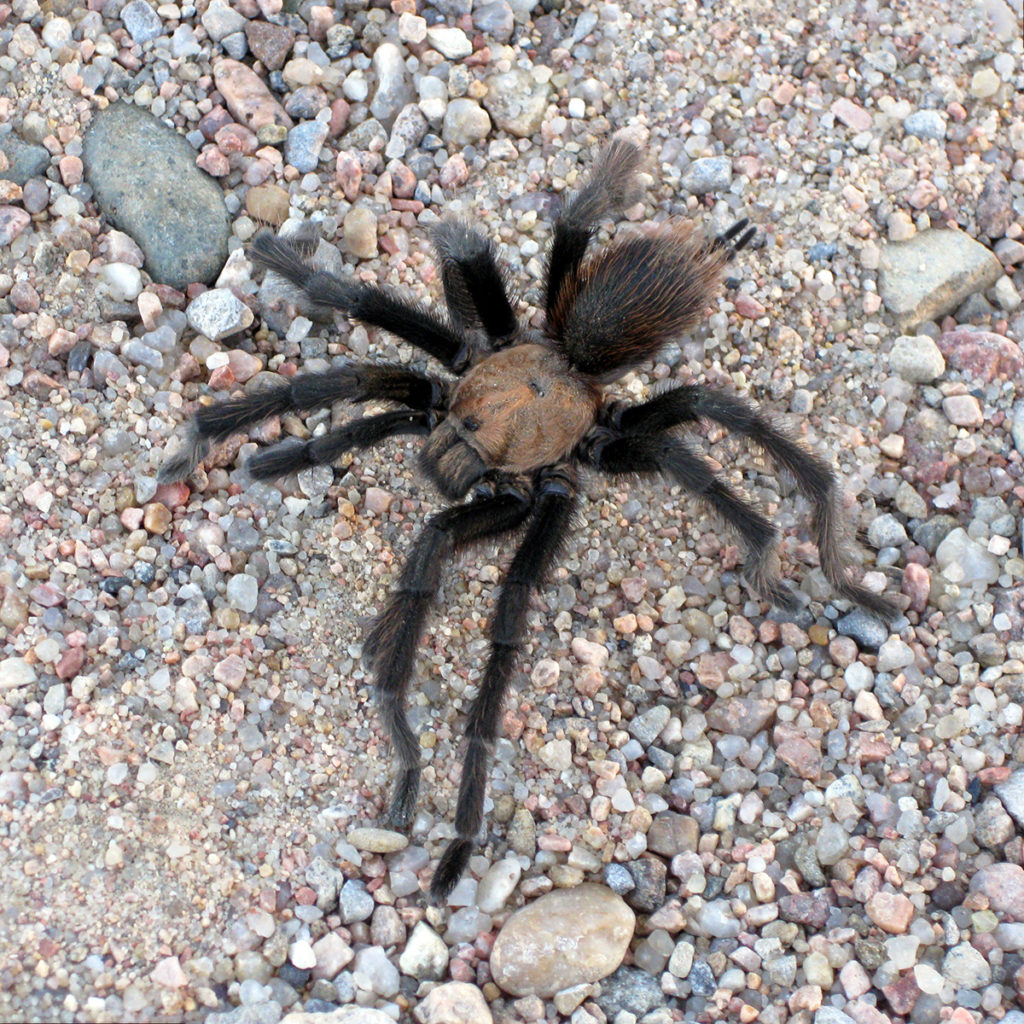 Habitat: Native to the United States, this species lives in grasslands and prefers to stay hidden under logs or abandoned burrows.

Description: Texas brown tarantulas are also known as Oklahoma brown tarantulas and Missouri tarantulas, and they’re the largest of the tarantula species native to the southern United States. They’re not very aggressive, although they will defend themselves when threatened. Like most other tarantulas, they’ll stand on their hind legs and raise their front legs in a threat. Although they’re venomous, their bite is mostly non-lethal to humans.

All tarantulas are covered with hair. It’s their most important means of sensory input, and serves several functions. Some hairs contain temperature or smell receptors. Other hairs can detect airborne vibration. Hairs in certain areas, mostly on the abdomen, can act as an itchy irritant to potential predators.