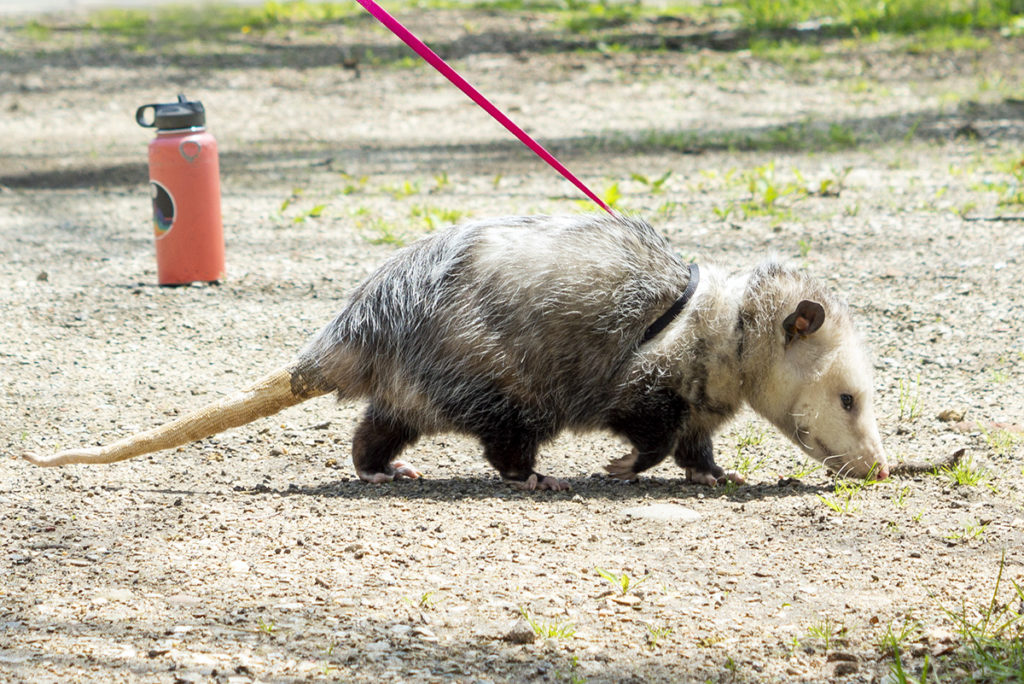 Lifespan: 2-3 years in the wild

Diet: Omnivorous, eating a wide range of plants and animals

Description: The Virginia opossum is North America’s only marsupial. A marsupial is an animal with a pouch, like a kangaroo or a koala. The opossum has been around for at least 70 million years and is one of Earth’s oldest surviving mammals!

The opossum is about the size of a large house cat. It has a triangular head and a long pointed nose. It has grayish fur everywhere but on its ears, feet and tail. Its tail is prehensile. A prehensile tail is adapted for grasping and wrapping around things like tree limbs. The opossum can hang from its tail for a short time. Some people think opossums hang from their tails and sleep. They don’t. Their tails aren’t strong enough to hold them for that long.

Our Animals: Winston. This animal is also an Ambassador Animal.