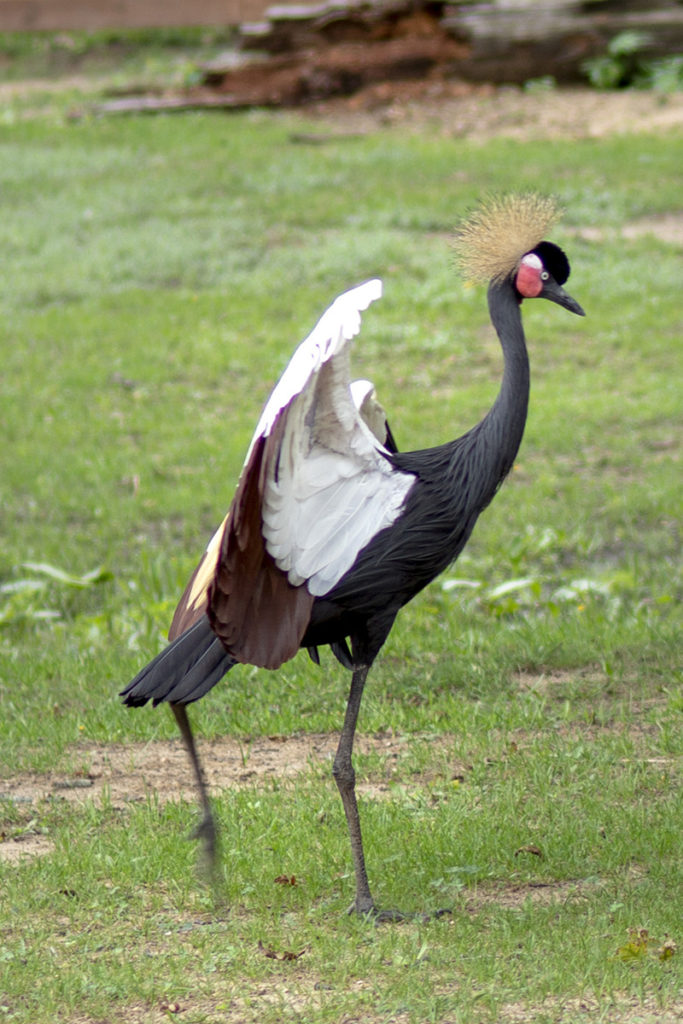 Habitat: African crowned cranes can be found in north and central west Africa, in the Sahel and Sudan Savanna Regions. They prefer freshwater marshes and open, wet grasslands, often close to water bodies. These birds are non-migratory but may travel several

Description: West African crowned cranes have a black body with white and brown wing markings, which is why they are also called the black crowned crane. The head is topped with a crown of stiff golden feathers, and the face is marked with red and white cheek patches. Legs, toes and bill are also black. All cranes engage in “dancing”, which includes head pumping, bowing, jumping, running, stick throwing and wing flapping. Dancing is thought to be part of courtship but can occur at any age and season. Their loud vocalization is a booming call from an inflatable sac under the chin; crowned cranes also produce honks from the trachea that is shorter than other crane species. Crowned cranes have a special place in West African culture. They may be considered sacred and as messengers of peace in some cultures, and kept as domestic pets in other areas, as symbols of good fortune. Crowned cranes have the ability to perch in trees because of their long hind toe (halux) for grasping. Adapts well to living close to humans due to its varied, omnivorous diet and ability to eat seeds and produce of farm crops.

Our Animals: Bumbles and Bea