The giraffes are in quarantine right now, which is protocol for all animals that come into the Zoo, and can’t be visited. During the quarantine, the giraffes are kept isolated from other animals and have minimal human contact, even from Zoo staff. They have been checked by veterinary and animal care staff and seem to be healthy.

“We don’t typically publicize animal arrivals before they’re out of quarantine,” says Josh Sisk, executive director of the Potawatomi Zoo. “However, we know how excited people are about these guys coming in, so we wanted to assure the public they’re here, and we’re thrilled to start working with them.”

The quarantine time also helps the giraffes settle into a routine and get used to the new animal care staff, building, and sounds at the Potawatomi Zoo. Building a bond between the giraffes and the zoo keepers is a crucial part of giraffe husbandry and care.

“Our top priority is their mental and physical well-being,” Sisk adds. “It’s hard to definitively predict the timeline, but we can’t wait to share them with the public as soon as we’re able.”

During the 2022 Zoo season, guests will be able to see the giraffes in their new habitat and in the Laidig Giraffe Conservation Center.

There is some debate about how many species and subspecies of giraffes there are. The International Union for Conservation of Nature (IUCN) recognizes one species with nine subspecies. Other research shows two to eleven species.

Scientists estimate that there are fewer than 90,000 giraffes in the world. Their conservation status is considered vulnerable to extinction.

Masai giraffes are the largest of the species or subspecies of giraffe. They’re native to southern Kenya and Tanzania. They’re considered endangered in the wild, and their population is decreasing. The IUCN estimates there are around 35,000 Masai giraffes.

All of the giraffes have come from other Association of Zoos and Aquariums (AZA) accredited facilities on the recommendation of the Giraffe Species Survival Plan (SSP) program. The bachelor herd plays an important part in the SSP by making room at other facilities that are currently breeding giraffes.

The 10,00-square foot giraffe barn and 2.3-acre savanna were part of a $4.6 million campaign, the largest in the Potawatomi Zoo’s history. Nearly 350 private donors, corporations, foundations, and other organizations contributed to the campaign between 2019 and 2021.

For safety reasons and out of respect for the outgoing zoos’ privacy, the Potawatomi Zoo doesn’t share the location the giraffes came from. 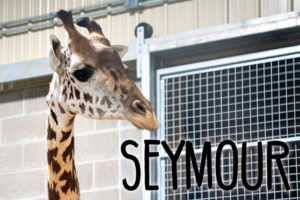 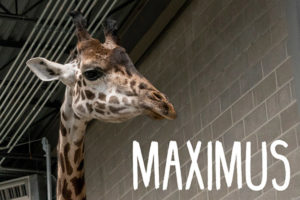 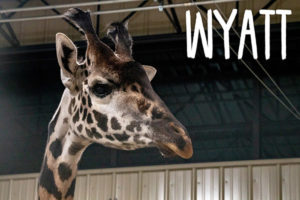 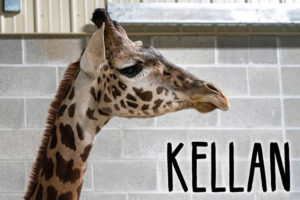