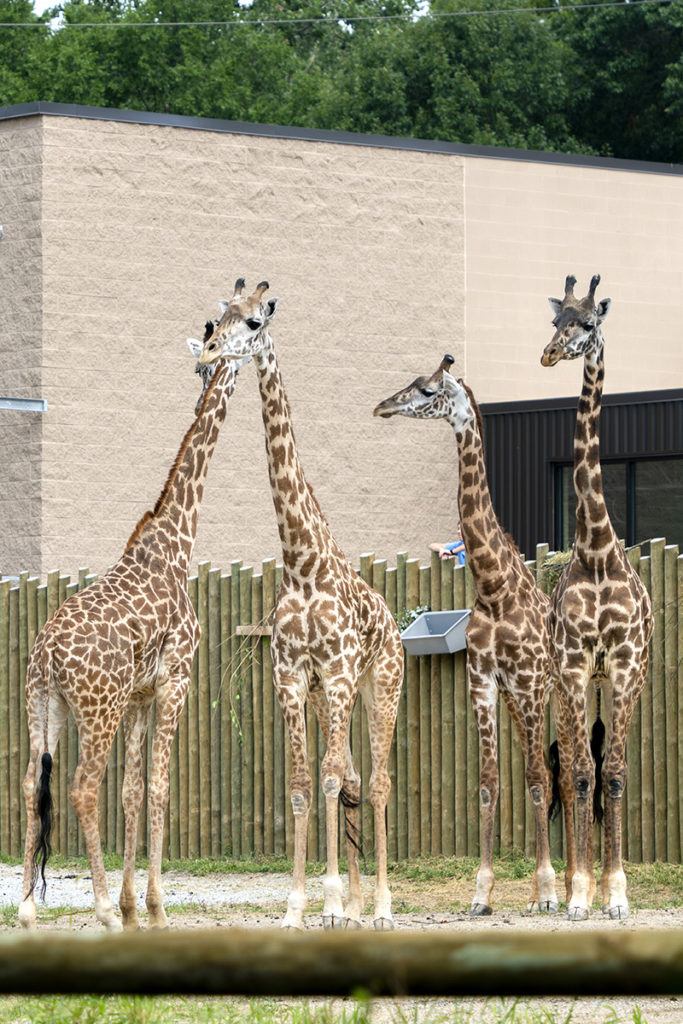 Lifespan: Wild lifespan is unknown. They can live 25 years or longer in human care.

Description: Like all giraffes, Masai giraffes are most recognizable by their height, their long necks and legs, and ossicones, the short, fur-covered cartilaginous protrusions on their heads. Masai giraffes have a distinctive pattern of spots on their bodies–jagged and smaller than those of other giraffes. Another unique feature of giraffes is their long, blue-black tongue which can be 18 inches in length. It’s sticky and strong and used to strip leaves from high branches in trees, mostly acacia trees. Giraffes spend most of their day eating, and they can eat 75 pounds of leaves per day.

Giraffes don’t sleep very much per day, only about an hour or less. They usually rest standing up, but they can lay down as well.

Although the wild Masai giraffe population is stable, Masai giraffes are considered endangered due to poaching and habitat loss.