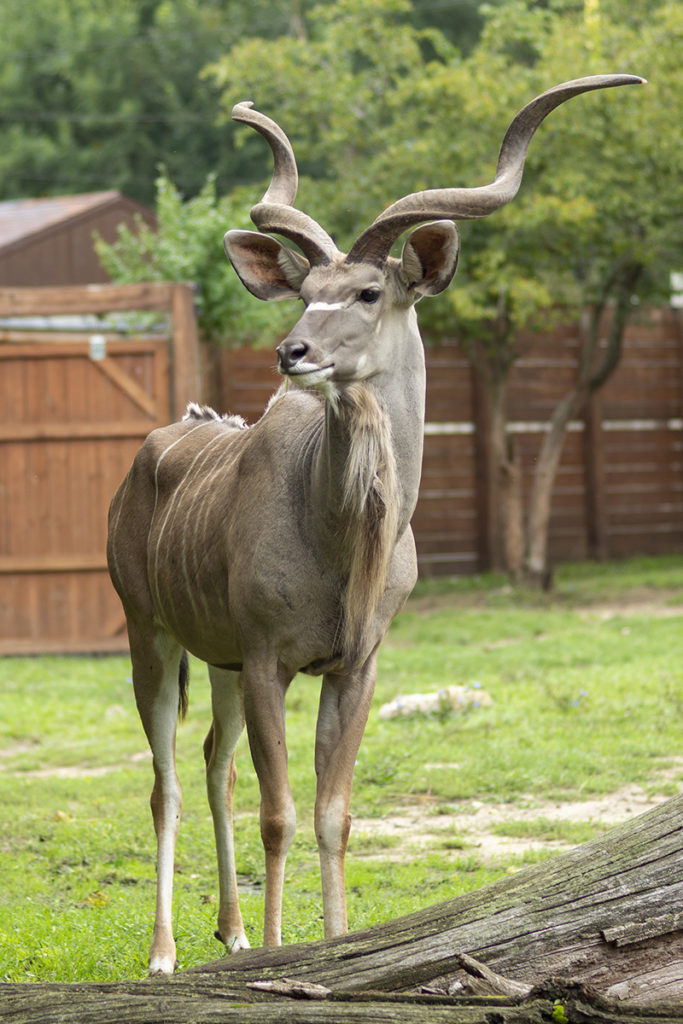 One of the tallest and longest-horned antelopes, the greater kudu can weigh up to 600 pounds with horns up to 6 feet in length. The greater kudu is found throughout eastern and southern Africa, in mixed woodlands, bushlands, hills and mountains. It feeds on leaves, flowers and fruits and can live up to 8 years in the wild.

The greater kudu is characterized by its narrow body, long legs, large ears and brown coat with white vertical torso stripes. Both the greater kudu and the lesser kudu have distinctive stripes and spots covering their bodies, and males have fringe under their chins and impressive spiral horns.

Females form small groups of 3-10 individuals and their calves. Male kudu are generally solitary, but can form groups of their own, and only join female herds during the mating season. The male hierarchy is based on size and age. The male greater kudu is rarely aggressive in the wild, but sparring does occur between males of similar size and stature. After locking horns and shoving one another, dominance is established when one male stands sideways, making himself look as large as possible until the other is impressed and backs away.